Our last #Border document is dedicated to one of the most tragic episodes of recent history, the Yugoslav Wars, which occurred between 1991 and 2001. The wars are so recent that they are still at the intersection between history and news; many of its protagonists are still alive today, as the millions of civilians that managed to survive through the horror, suffering terryfing losses.

Such an open wound in the history of Europe makes is very difficult to analyse the Yugoslav Wars as a historical event; however, preserving the memory of the events and of its victims is of paramount importance. For this reason, we would like to dedicate this final post to the memory of Aida Buturović, a librarian of the Vijećnica, the National Library of Sarajevo, who died while she was trying to save the books and cultural heritage of the Library from fire. The Vijećnica was bombed on the 25th August, and the ensuing fire raged for two days. 1.5 million books burned that night, 150 thousand rare and ancient volumes; Aida Buturović and other librarians defied the flames and the snipers to run into the building and save whatever was possible. Aida was hit by a sniper; it is only thanks to her sacrifice and her colleagues that some of that heritage is still available to humankind.

Furthermore, we are pleased to have Content Providers from many archives from the areas affected by the war, namely from Croatia, Serbia, and Slovenia – we would like to invite you to see our directory to get in touch with these institutions.

The Institute of Jewish Affairs was established in New York City under the auspices of the World Jewish Congress of the 1st February 1941, based on proposals made by New York – based historian Dr Jacob Robinson.

The aim of the Institute was to conduct a thorough investigation of Jewish life over the previous 25 years, the interwar period and World War II, to understand the conditions of the Jews during the war, and to suggest how Jewish rights might be claimed in a post-war settlement. In particular, the focus was to rehabilitate the lives of the Jewish population in Europe after the horrors of the Shoah, where possible, if they were willing to remain or return to their homes. Whenever not possible, migration in Palestine was considered the preferred option.

The Institute initially conducted research on political science and law, economics, migration and colonisation, and post-war reconstruction, as well as reports affecting the Jewish people in all countries during the time of the war. The Institute also indexed holdings of other institutions, particularly on aliens, anti-Jewish measures, recent aspects of anti-Semitism, autonomy, colonisation, migrations, minorities, the territorial questions of World War I, post-war changes.

In 1965, the Institute was relocated in London, maintaining its programme of research and publications into contemporary issues affecting Jewish communities across the world. Among its regular publications were “Anti-semitism world report”, “East European Jewish Affairs”, “Patterns of Prejudice”, and other. The Institute was renamed the Institute for Jewish Policy Research in 1997, and it contnues to operate today.

Given the work of data gathering and analysis conducted since its establishment, it is easy to see the enormous importance of the Institute’s archives. The University of Southampton Special Collections holds the collections of the papers for the UK: https://www.archivesportaleurope.net/ead-display/-/ead/pl/aicode/GB-738/type/fa/id/gb738-ms237-41/search/0/Papers+of+the+Institute+of+Jewish+Affairs

For #Borders, we invite you to study sequence 9, on the politics of Israel, Palestine, and the Middle East, one of the most complex and tragic history of sovereignty over a territory in modern times 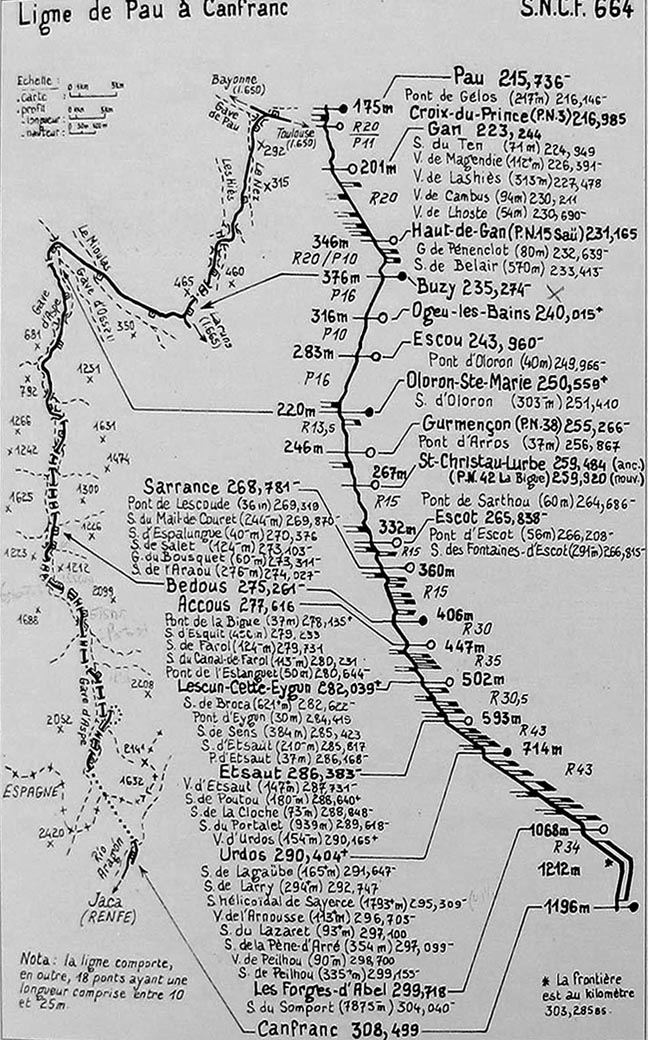 Establishing borders is about sovereignty: but transport infrastructures, and especially railways, are made to cross these borders, and even to cancel them. They also demand countries to share sovereignty over each other territories, in order to build and maintain these infrastructures. The Spanish Archivo Histórico Nacional holds the documents on the construction of the Pau-Canfranc railway, which crosses the Pyrenees to connect France and Spain

This is a complaint initiated by the President of the Zaragoza Provincial Council in 1925, to initiate diplomatic actions in collaboration with the managing commission of the Pau-Canfranc, to resume the works for the railway (which stalled for reasons we can only find out by searching through the documents!) In 1933, the Automobile Association (AA) commissioned a survey for a transcontinental highway, an initiative that was proposed by the Alliance Internationale de Tourisme (AIT). This was to be a transnational road allowing motorists to travel quickly and easily across Europe with ‘no more complications than booking a seat at the theatre,’ and would cross France, Belgium, Germany, Austria, Hungary, Yugoslavia, Bulgaria and Turkey. The road, extending for almost 2000 miles, was intended to continue onwards east to India and south to Cape Town.

The Autocar correspondent William Fletcher Bradley undertook the driving for the trip, with his daughter Margaret as the ‘official artist and navigator.’ They were also accompanied by an employee of the Siddeley motor company. The journey, which was made in a Siddeley Special car, took place at a time when roads ‘were more often than not just fields!’, as Margaret Bradley quipped. As she points out in the accompanying newspaper article, ‘there may be airways and railways and steamers, but only a car will take you bag and baggage from the very heart of London to that core of oriental splendour, Istanbul.‘

The Bradley Collection, held at the National Motor Museum Motoring Archives, comprises material relating to a survey of the London to Istanbul International Highway, as well as some additional miscellaneous items, such as the promotional booklet for the route published by the AA, and the original artwork produced by Margaret Bradley as part of the survey. In 1918, after the incorporation of Transylvania, Bukovina, and Bessarabia, the Romanian state reached its largest geographical extent ever: 295.049 km².

The term Greater Romania was coined during the Paris peace conference and the Treaty of Versailles (1920), to refer to the new extended borders of Romania and, as a concept, the re-creation of a nation-state which would incorporate all Romanian speakers. After world war II, Greater Romania remained as the expression denoting the Kingdom of Romania during the interwar period.

Search in the blog